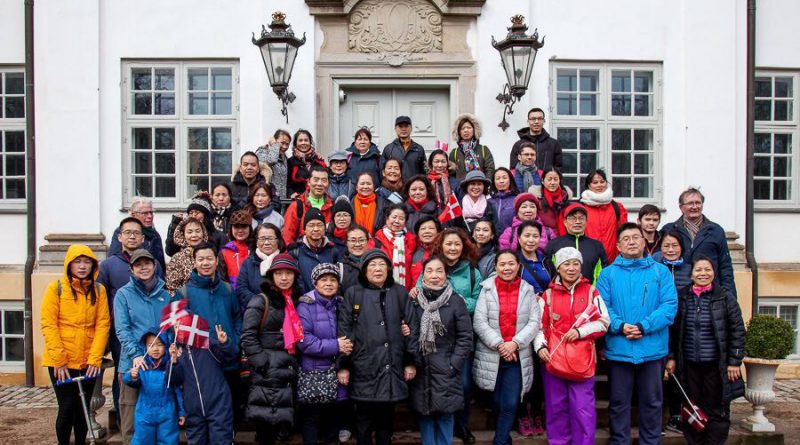 The weather in March in Copenhagen is well known for drizzle and the refreshing air that mixes with the early spring scent.

Charlottenlund, north of Copenhagen, early in the morning started a little rain, but the rain did not prevent a bunch of people who had special interests and love for hiking in gathering next to Charlottenlund S-train station to complete the hike. All the participants were in a good mood and came to the agreed place well in advance to wait for the hike to begin at. 10. More than 10 participants from the Chinese Embassy in Denmark, including Political Attaché Hu Hongbo, Culture Attaché Liu Dong and Military Attaché Zhang Jiyu, also participated in the hike with great pleasure.

During almost two-hour hikes, a cozy and comfortable atmosphere was constantly maintained. The participants completed the hike in coziness and laughter that they had not had enough of.

The Danish-Chinese sports and cultural association also arranged a delicious lunch with great care. In addition, some of the participants gathered to continue the joy, joy and laughter of the hike and spend a special glorious Sunday!

As Long As It Could

The whole hike lasted about two hours. The Danish-Chinese sports and cultural association invited two senior employees Bjørn Heidemann and Niels Nørgaard from the Botanical Garden to give a detailed explanation about the Botanical Garden Charlottenlund. Fr. Heidi Wang, member of the Health and Care Committee, the City of Copenhagen Citizens’ Representative, had been the interpreter during the entire explanation process, and her translations had made the whole hike more magnificent.