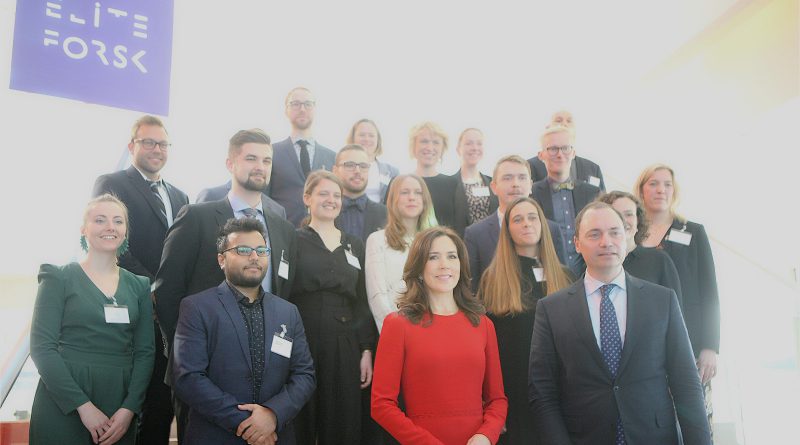 EliteResearch is an event that annually recognizes the Danish Minister of Education and Research as five of Denmark’s most outstanding researchers with an EliteForsk Prize. The prizes have the task of creating an awareness of the top research in Denmark and contributing to the visibility of Danish researchers’ important efforts in the service of science.

Crown Princess Mary of Denmark presented the award to outstanding researchers the five of Denmark’s most talented. The whole event took place at the Opera in Copenhagen, at. 13.30. February 28, 2019.

The Ministry of Education and Research annually awards EliteForsk awards to the leading researchers in their field with the aim of creating awareness about research in Denmark. The EliteForsk Prize was first awarded in 2007.

Here is one of the winners of EliteForsk in Denmark this year. It is one of the five excellent researchers who were awarded a prize.

Here is one of the winners of EliteForsk in Denmark this year. It is one of the five excellent researchers who were awarded a prize.

Each year, the Danish Ministry of Education and Research will award a cash prize of DKK 1.2 million for five elite awards to a number of Danish researchers. The most talented. At the same time, the talented students were awarded up to 20 EliteForsk travel scholarships, which amount to DKK 200,000.

On activities, five EliteForsk winners today ‘s professional focus. In dialogue with the moderate Peter Lund Madsen, where they will talk about the elite, the focus of their research breakthroughs, the imprints on science and social sciences as well as their access to Denmark top road.

There were also performances by the artists Teitur Farrow and musician Gustaf Ljunggren.

The Crown Princess is the center

Occasionally the awarding of prizes and recognition was time to enjoy the weather.

Tina Fanø is one of Denmark’s leading business people. Tina took over his post as Chairman of the Fund for Innovation in 1 A Denmark April 1.
Innovation fund for research and knowledge for innovation is crucial for creating value for Denmark. Tina Fanø has in providing research and innovation for the company and the Danish experience, so that Tina Fanø is appropriate in the future chairman of the fund, so that we can create a solid foundation for several companies within research and pioneering.
I look forward to the cooperation.

Education and the Minister of Research have just appointed Tina Fanø, Executive Vice President of Novozymes, for the new Chairman of the Danish Innovation Fund. Tina Fanø replaces Jens Maaløe, who has been president since 2015.

Tina Fanø is one of the Danish business community’s top people who prefer April 1, the race as chairman of the Danish Innovation Fund.

The Innovation Fund is essential for research and knowledge to be translated into innovation that creates value for Denmark. Tina Fanø has great experience in just getting research and innovation to give value to companies and Denmark, so Tina Fanø is the right chair of the fund in the future, so we can create even more companies based on solid and groundbreaking research. I look forward to the cooperation.