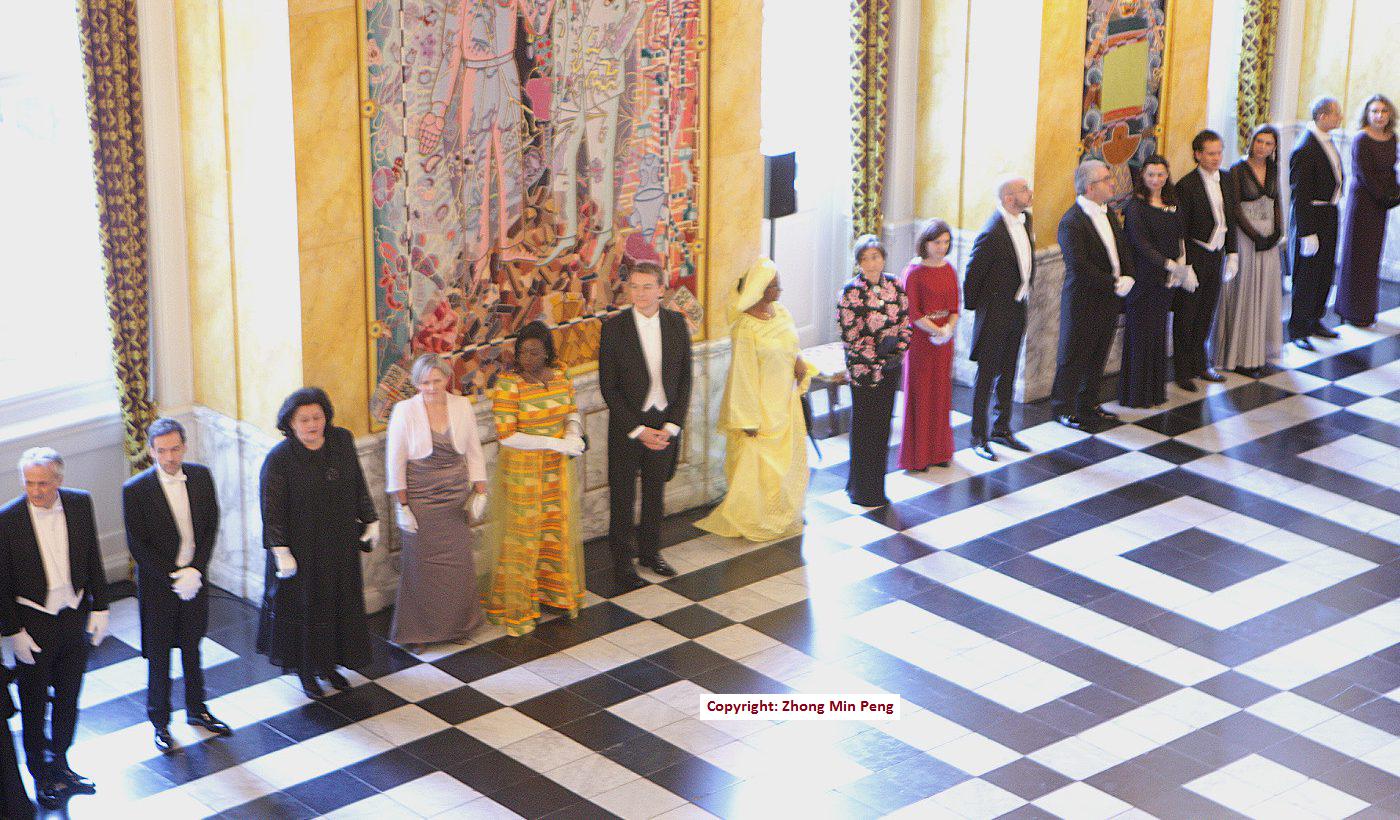 Her Majesty Queen Margrethe II holds Nytårstaffel every year, and then it takes place in Christian VII’s mansion. It is tradition and has been there for centuries. Even back to the 17th century, it was a great mention, and you continued because the Royal House wanted to gather the world.

Newyears baquet is put together with a cure, where it is held over three days.

The first day is the actual table, where it takes place with the top officials in the country. The cabinet management and government are also invited. It all takes place in the knight’s hall.

The second day applies to the Supreme Court, the Royal Life Guard and the Gardehusarregiment’s officer corps at Christian VII’s Palace, at Amalienborg.

The third day focuses on officers from the defense and the emergency response agency’s first and second grade class.

From there, there has been a focus on the entire Kingdom’s government once a year.

On arrival, all guests of course come before Her Majesty Queen Margrethe, because it is a tradition for Nytårstaffel to be started by Margrethe II.

The Knight’s Hall, where government heads are and are waiting, is in Christian VII’s mansion.

The meeting with the Majesty

The list of heads of state is long, they come from all over the world, the countries represented are:

The Hall of the New Year’s Eve is set up, there is video on how the Knight’s Room is made ready for Her Majesty the Queen, Crown Prince and Mary, and the Prince Couple Joachim and Marie.

Day two goes with guests and invited guests to her Majesty the Queen.
Before the New Year’s table starts, everyone meets with H.M. The Queen, giving hand and wanting New Year.

H.M. The Queen is always in a high mood when holding New Year’s Eve, because everyone is greeted from all over the world.

You wait for the Royal Family to arrive so that the table can begin. The guest list consists of the government, the parliamentary president, the Supreme Court and others, the court, D.K.H. The Crown Prince and Crown Princess’s Court, as well as the Benedict’s Court.

Banquet is history and dates back hundreds of years, but only from approx. In 1945 and in Denmark, the courses were established, and are not held for three consecutive days due to state institutions.