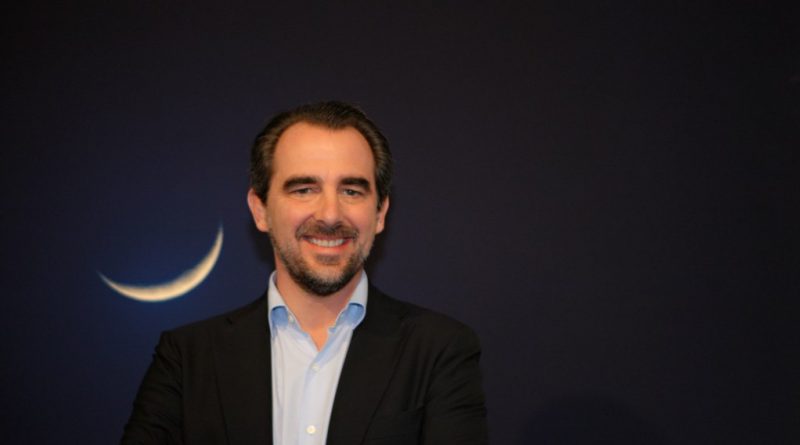 On March 5, 2019, in the Copenhagen Round Tower, Greece and the Greek – Danish Prince Nikolaos held a press conference.

It was about the photography of Greek and Danish Prince Nikolaos.

One captures the feeling of full color, immersive doll a variety of colors, the scene in my mind describing in a silver-gray mist the heat of the sun is not difficult to find, from sunlight obliquely down through the depth to Sky In contrast to the calm the surrounding environment or the loneliness of the mood.

The title of the work is Ominous Beauty. Ominous beauty means both killing, evil or angry premonition; threatening; Nothing: An eerie bank of dark clouds.

The sun that is falling, the light is not only weak but short-lived. Concentrated solar contrast color makes one feel lonely or calm.

Prince Nikolaos in Greece and Denmark have addressed this moment. Or it’s time.

Prince Nikolaos explored the light of his hometown in the first Danish exhibition, which was exhibited in Copenhagen’s roundabout from March 2 to March 31, 2019.

Prince Nikolaos showed 48 celestial moments in the Pacific Library Hall, which appears from March 2 to March 31, 2019, entitled “Civil Core Science”. This is the “heavenly choreographer”. Since the first exhibition of London’s auctioneer Christie in 2015, people have been able to see Prince Nikolaos’ photos in Qatar and Australia, but this is the first time Prince Nikolaos exhibits in Denmark. These works, called “Gems from Greece”, collect a series of themes, including images of special techniques printed on wooden boards of Greek marble.

Prince Nikolaos is growing up in London, but now living in Greece. Here he photographed most of the photographs, ranging from recognizable natural images to abstractions dating back to the ancient elements of ancient Greece. Through his photographs, he wanted to show another picture of his homeland, which is not normally associated with the Greek islands in blue and white because he said, “Greece naturally radiates my eyes and sees nature as a canvas heaven. He created it most beautiful art you can see. “

Prince Nikolaos has always been keen to climb the highest places to get the widest view. Therefore, it is no wonder that, as the framework for his first exhibition in Denmark, he chose the round tower, and his architecture was fascinated by his small size. In fact, the inspiration for the title “celestial core science” comes from the circular tower observatory built to and still function as astronomical observatories, binoculars aimed at the vast sky.

Nikolaos, Prince of Greece, has the status of a Danish Prince.

Prince Nicholaos, you as a photographer, what are the special classic elements in your image?

The special classic elements in my pictures are inspired by nature and light. These exhibitions are all photographed in my hometown, so I hope that the archipelago will show different works of blue and white.

The work of the varied Greek sky explores light or the relationship between light and sky. Therefore, these images are also used to capture the dramatic changes in the works, the works showing a rich cloud, stars and light color play.

Which of your 48 photo exhibitions is the best picture you think of?

You can decide which of the 48 photo shows is the best picture you are thinking of.

Prince Nikolaos was born on October 1, 1969. The Prince of Greece and Denmark, the third child of the Greek King Constantine II and Queen. Although born in the Greek royal family that has been abolished, he also has the status of a Danish prince. Father Constantine II, Mother of Princess Anne-Mary in Denmark.

In 1967, the royal family was born in Rome, the local capital, due to a coup in Greece.

In 1973, the King of Constantine was finally abolished.

Nikolaos The Greek prince was enrolled at the Hellenic College of London, founded by his parents.

In 1991, he graduated from Brown University in the United States to study international relations courses.

On December 28, 2009, the Greek royal family announced that the prince and the Venezuelan celebrity Tatiana Bartley (Butley was a PR mark of Diane von Fürstenberg before marriage) was engaged.

On behalf of Denmark’s royal magazine, Sweden visited the “Nordic Times” and China’s new media information network Nicholas Prince of Greece (Prince Nikolaos) status as a Danish prince. Prince Nikolaos was interviewed and asked which portraits he would choose.